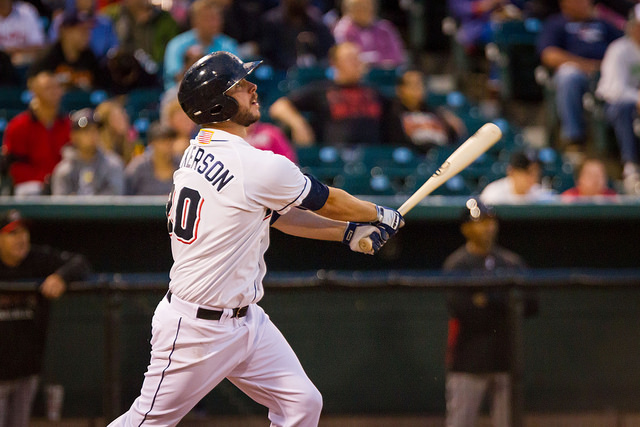 Pitcher Aaron Wilkerson will make his final home start with the Sky Sox tonight against New Orleans. He has yet to face the Zephyrs in his career. (Bobby Stevens/MiLB.com)

It has been a great season for the Sky Sox without question. Unfortunately the run to postseason baseball came to an end in the form of 6-1 loss to the OKC Dodgers Sunday, who brought home their second straight division title. Wei-Chung Wang turned in a great performance and allowed one run over seven innings, but Jose De Leon stole the show with 7 2/3 scoreless innings over which he scattered four hits and struck out a season-high 13. Austin Barnes began the scoring with a homer in the seventh and the Dodgers followed suit with five more in the eighth. Colorado Springs notched their lone run on a Garrett Cooper double in the ninth. It brought the lengthy 9-game road trip to an end and the Sky Sox have dropped their last three tilts and now can turn their focus to the final eight games of the season.

This evening, the Sky Sox return home and welcome in the New Orleans Zephyrs for the first game of a rain-shortened three-game series which makes up the final homestand of the 2016 campaign. This is the fourth and final series these two teams will play here this season. The Sky Sox enter play looking to snap a three-game losing streak and come into the tilt with a home record 38-27. They are back to three games under .500 at 64-67 and sit in second place, 9.0 games in back of the Dodgers with their playoff hopes gone with the wind. In hopes of starting the final week off on the right foot and continuing the trek towards .500, Colorado Springs will send righty Aaron Wilkerson to the hill against veteran right-hander Dylan Axelrod. Wilkerson enters tonight’s tilt with a 1-5 record and 6.15 ERA in nine starts with the Sky Sox, while Axelrod is 9-6 with a 3.60 ERA in 24 games (23 starts) with the Zephyrs. Both teams have been eliminated from postseason play. The Sox are 7-5 against the Marlins’ top affiliate and have taken three of the last four games of the season series, here in 2016 and have compiled a 89-70 all-time record against them and are 42-34 at Security Service Field.

Sky Sox Pitcher: RHP Aaron Wilkerson is set to make the 10th start of his tenure within the Brewers organization tonight at home in Colorado Springs. The righty was acquired by the Brewers in early July in the deal that sent Aaron Hill to the Red Sox. He is a combined 7-8 with a 3.46 ERA in 26 appearances between Double-A Portland, Triple-A Pawtucket, and Colorado Springs. With the Sox he is 1-5 with a 6.15 ERA allowing 33 runs (31 earned) on 55 hits over 45 1/3 innings in nine starts. He’s been solid over his last two starts going a combined 12 1/3 innings allowing 5 earned runs on 9 hits, 2 walks and striking out 17. This will be his sixth home start with the Sox, he is 1-2 with a 5.84 ERA between the lines of Security Service Field. With the PawSox he went 4-2 with a 2.44 ERA in 9 games (8 starts) allowing 18 runs (13 earned) on 41 hits, 11 walks, and 54 strikeouts over 48 innings. He went undrafted out of Cumberland (TN) University and played in the Independent leagues in 2013-14 before the Red Sox purchased his contract. In 63 professional games the righty is 23-12 with a 3.02 ERA, between the Red Sox and Brewers.

8/23/16 at Round Rock – Wilkerson matched up against former Sky Sox Austin Bibens-Dirkx and the Round Rock Express his last time out and pitched into the seventh inning. He allowed 2 runs on 3 hits, a homer to Brett Nicholas, and 7 strikeouts. He threw 93 pitches and 62 went for strikes in a game the Sox lost 3-2.

Last Time Out: 8/24/2016 vs. Round Rock – Axelrod took home the win in a pitcher’s duel against the Express and Chi Chi Gonzalez. He gave up a run in the second inning, but finished going seven innings and allowing just the one run on 7 hits; he didn’t walk a batter and struck out five Trains. He threw 103 pitches, 72 for strikes in a game he and the Zs won 2-1.

Dan Karcher (@SkySoxKarch) continues his 27th season behind the mic for Sky Sox games, he and I will have the call of tonight’s game from Security Service Field at 6:35 p.m. Sky Sox Warmup will get off the ground and running at 6:00 MDT on XTRA Sports 1300.